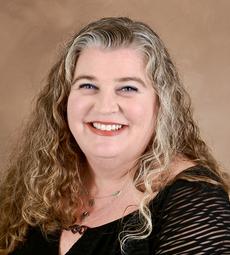 ​In 2008, Ginger Harmon began working as a legal assistant at M. Brooks Moss, P.A. She is a member of the National Association of Legal Assistants and a South Carolina Notary Public. Ginger Harmon graduated from Clemson University in 1998 with a BA in English Literature and a minor in Music.

At Clemson, Ginger Harmon participated in Central Spirit, Tiger Band, Symphonic Band and Flute Choir. She studied Italian Music in Genoa, Italy for a summer.  After graduation, Ginger Harmon worked at a local radio station and as production manager for a jewelry company.

Ginger Harmon is currently working on obtaining her national paralegal certification. She is a freelance musician and enjoys giving piano and flute lessons at her home.

Prior to her employment with M. Brooks Moss PA, Attorneys at Law, Lesli B. Darwin worked in the private sector and in state government as an attorney representing clients in civil and criminal matters.   After taking time away from the practice of law to raise her family including a child with special needs, she obtained her certification to serve as an attorney Guardian ad Litem.  Lesli Darwin is committed to serving the upstate of South Carolina as a Guardian ad Litem for children in family court, as well as vulnerable adults in probate court.  ​

​​​M. Brooks Moss grew up between Charleston and Gaffney, South Carolina.  She chose the upstate to be her home to be close to her grandparents after graduating from the University of South Carolina School of Law in 2000 with a Juris Doctorate.  She graduated from the College of Charleston in 1996, with a Bachelor of Arts. She also attended the Goethe Institute in Germany in 1997.
​     M. Brooks Moss completed the Family Law Mediation Training offered by the South Carolina Bar and is certified as a Family Court Mediator with the State of South Carolina.  M. Brooks Moss completed the certification requirements to serve as a Guardian ad Litem in Family Court and Probate Court and has been serving as a Guardian for many years.  She primarily serves in the upstate area, including, Cherokee, Spartanburg, Union, Greenville and York Counties.
M. Brooks Moss is an elected member of the House of Delegates for the South Carolina Bar, representing the Seventh Judicial Circuit.   M. Brooks Moss is the President of the Cherokee County Bar Association.She is a member of the Children's Law Committee for the South Carolina Bar, and the Family Law Committee for the Spartanburg County Bar Association.
​       M. Brooks Moss teaches as an adjunct professor with Limestone College in the undergraduate and MBA programs.  In addition to practicing law and teaching, she gives her time to serve the interests of Cherokee County. She has served on numerous committees and boards, including the Cherokee County Chamber of Commerce, as President, the South Carolina Peach Festival,  Gaffney Little Theatre,  the Cherokee Indicators Project Advisory Board, and Cherokee County Crimestoppers Board.  She coached recreational sports  and volunteers her time to activities relating to children.
In her free time she spends time with her children, travels and is working on obtaining her pilots license.

The results of each case are determined by the Courts or the parties through compromise.  Guardians ad Litem and mediators do not decide outcomes. 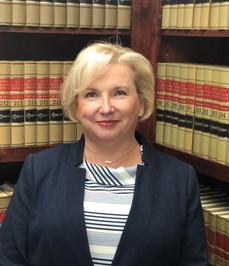 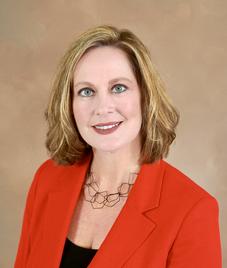 ​Our goal is to provide legal services which places the best interest of children as the priority.

​Every case is different.  No case happens exactly the same way nor has the same set of facts.  Each case is approached in a manner based upon the facts of the case.